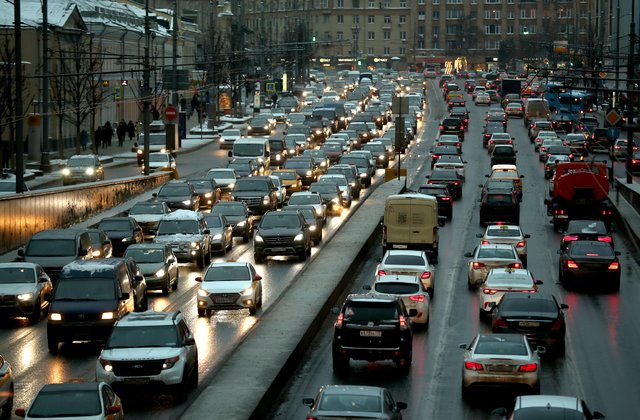 81. The larger the gatherings of human beings are, such as in cities, the lower the average age falls, because exactly at such places, immeasurable thought energies, in terms of wrong lifestyles, are released and unconsciously penetrate into fellow human beings.
82. But also animals and many materials are impaired by these destructive forces of human irrationality and, thus, are left to an early destruction, like iron, for example, which normally never rusts as quickly as what is currently the case on Earth and which only does so because the thought-based and idea-based produced progressions are destroying the atmosphere and environment.

My Thoughts Regarding Negative Thoughts in Cities

I can remember in my early twenties driving on state route 4 in Northern Cincinnati near an area called West Chester. I believe there were about 8 lanes of traffic on this road, if my memory is correct four lanes went north and four lanes went south. I remember how sometimes looking at this huge crowd of automobiles would give me this inner feeling of sadness.

I did not really know why I felt this despondency when I was driving in this area. In fact, I did not event realize that route 4 was in an area of the city that was over-populated. In fact, in many areas of Cincinnati, in the crowded areas or in areas where there was were no trees or green, I would have this feeling of impending doom.

Now that I have learned more about how thoughts and feelings work, I wonder if I was having subconscious thoughts about how that crowded road was a symptom of a far deeper and more deadly problem. My sad feelings were growing out of thoughts that were hidden in my subconscious that were telling me that the condition that I was witnessing in the crowded area of town was not healthy. At this young age, I did not realize that large areas of trees, meadows and plants were the normal or healthy state of the planet. My father and I would leave the city to go fishing but I never realized the fact that the city was not normal. In fact, it was the lakes, trees and countryside that were in a natural state. The crowded city is in fact, a product or a kind of wrong, thinking and feeling that had become a deadly habit of earth humanity.

dringen - penetrate, to get through, to pierce marrow and bone